Everything becomes easier day by day, so we all also become lazy day by day. This is Google’s new product named – ” Google Lens”.If you read this, you can understand that Example is one of the more common methods of doing short work, or nothing else but it good. So let’s jump inside this.

So what! if you don’t use Google Assistant? Well, unless you want to get an LG G7 ThinQ so you can access Lens directly using the built-in hardware key, you didn’t have too many options. But now, Google Lens has its standalone icon.

What is Google Lens :

Google Lens enables you to do things such as point your phone at something, such as any specific flower, and then ask Google Assistant what the object you’re pointing at is. You’ll not only be told the answer, but you’ll get suggestions based on the object, like nearby florists, in the case of a flower or anything.

There are various examples of Google Lens like – what Google Lens can do include being able to take a picture of the SSID sticker on the back of a Wi-Fi router, or it can read any types of QR code, and it also gives your result about the password of WI-fi to scan its code.

Google Lens will easily recognize shops, clubs, restaurants, cafes, and bars, and also give you address details and opening times. It has the ability to recognize our daily usage products. It’s one of the latest features that I like very much. When we have to put any of emoji-like “Thumbs-up”, It can easily recognize any hand impression, but sometimes it makes naughty. I don’t tell you now, I suggest to try it yourself.

· If you don’t have a phone with the compatibility of Google Lens, this newly downloaded app won’t help you or it’s not for your work.

It includes real-time search depends on device and cloud machine learning that can identify objects and mark them with dots that stay anchored as you move. When we tapped on it, the result immediately loads in front of us. Mainly, with the Smart Text Selection, it is easier to select and copy results for anything.

you have just take a little aware, only because of this Lens is Google’s AI-capable viewfinder. When you launch the app, you also can point your phone camera at things and Google will tell you about those things as best as it can. You can easily use this Lens to translate, copy, and search for text that appears in your viewfinder.

After that, we all think about its workings, How it works? Hopefully it very difficult in Hardware or Software side, but I appreciate you don’t think like this. It’s very simple like put Jam on Bread. This app essentially adds an icon to your launcher and home screen which helps to directly opens Google Lens and the recently revamped viewfinder interface with a bottom panel.

[Related: How to connect and Setup Google Assistant with SmartThings ]

The installation process is not any hard process guys, I told you it’s as simple as other we download and install from Google Play Store. 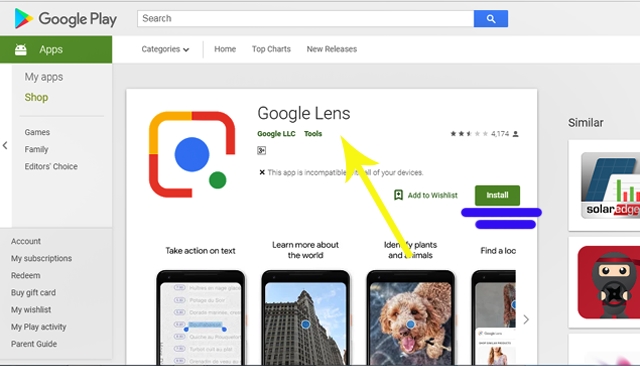 You can also see other Google Products here.

[ Also see other Story: ASUS “Phone with a Fan” For Gamers ]

If we missed anything Please comment below to get us to update.

Smartphone market returns to growth in their position in 2018

How to Setup WhatsApp Personal Stickers